Does A Raw Vegan Diet Lead To Enlightenment?

I remember years ago being at a raw food festival and one of the speakers talked about using a  raw food diet to attain enlightenment.

He spoke enthusiastically about how a raw vegan diet and fasting was a way to purify yourself towards greater spiritual knowledge and understanding of life.

Will a raw food diet have this effect on everyone? Does it really have this affect at all?

If we look at the various spiritual figures and leaders throughout history some may have had a connection to a raw vegan diet.

The Essene Gospel Of Peace

Some people believe that a book called “The Essene Gospel of Peace” gives the true account of the teachings of Jesus in relation to diet.  The book states:

“Therefore, eat not anything which fire, or frost, or water has destroyed. For burned, frozen and rotted foods will burn, freeze and rot your body also. Be not like the foolish husbandman who sowed in his ground cooked, and frozen, and rotten seeds. And the autumn came, and his fields bore nothing. And great was his distress. But be like that husbandman who sowed in his field living seed, and whose field bore living ears of wheat, paying a hundredfold for the seeds which he planted. For I tell you truly, live only by the fire of life, and prepare not your foods with the fire of death, which kills your foods, your bodies and your souls also”

It’s hard to tell if this phrase is actually promoting a raw food diet.  It seems to mention wheat as being “living ears”, yet wheat would generally require fire to cook it in order for it to become edible.

Regardless, some have taken this as evidence to support a raw vegan diet for spiritual reasons.

From the Biblical perspective we see that the first page of the bible states:

“Then God said, “I give you every seed-bearing plant on the face of the whole earth and every tree that has fruit with seed in it. They will be yours for food.”

This certainly seems to suggest a vegan diet, though it does not specify that it should be raw.  We know that figs are one of the oldest cultivated trees and this fruit comes up in many stories in the bible.  It is likely that this was a very common food at this time.  But it is also clear that people were not eating raw and Jesus also supplied people with bread and fishes and turned water into wine.

This community is the only “Blue Zone” in the USA.  The Blue Zone study was an attempt to pinpoint the healthiest and longest living populations in the world.  The people of Loma Linda have a lifespan that is 10 years more than the average.  Though many things may contribute to this, clearly the healthy diet plays it’s role.

“Since the 1860s when the church began, wholeness and health have been an emphasis of the Adventist church. Adventists are known for presenting a “health message” that advocates vegetarianism and expects adherence to the kosher laws,[particularly the kosher foods described in Leviticus 11, meaning abstinence from pork, shellfish, and other animals proscribed as “unclean”. The church discourages its members from consuming alcoholic beverages, tobacco or illegal drugs (compare Christianity and alcohol). In addition, some Adventists avoid coffee, tea, cola, and other beverages containing caffeine.”

To find someone in the Christian religion that may have lived on a raw diet we can look to St Francis Of Assisi.  In one book about St Francis it claims that if he ever ate cooked food he would add ashes so that he would not overeat or develop a habit of eating too much.

It is hard enough to try to verify what someone who is living now eats never mind looking back hundreds of years to try to confirm someone’s diet.  It is probably unlikely that he ate a raw vegan diet all year round but perhaps he did when it was possible.

Spirituality  and food around the world

When we look at other cultures we find that food and religion are often intertwined.  Muslim’s fast during Ramadan and have rules around various foods that they do not eat such as pork.  Those who follow the Jewish religion only eat foods that are defined as Khosher.  A scholar of the Jewish religion told me once that there is a rule against cutting down fruit trees.

Hindus worship the cow instead of eating it, however, they do consume a lot of the cow’s butter and milk, which isn’t really worship at all.

Monks and nuns of all religions often follow restricted or limited diets.

However, none seem to actively encourage a raw food approach.

I came across an interview recently on the Arnold’s Way youtube channel.  It was with a man I had followed on youtube years ago that made a lot of videos about his spiritual experiences.  I had no idea that he was a raw vegan at the time.

In the interview, he said that when he experimented with raw food he felt his chakras open and when he ate Durian he would feel his head expand.  (“Chakra” is an old Indian word which means wheel and it is believed in Yoga (and other spiritual systems) that the body has 7 energy centres (chakras) positioned from the bottom of your spine to the top which spin and remain open when healthy but can become stagnant, clogged and closed with negative energy.)

These kind of feelings are not so uncommon with those that experiment with a raw diet.  I tend to look at the physical side.  The chakras as described in yoga and other systems relate on the physical level to various glands in the endocrine system.

When you eat a raw vegan diet you may experience unusual and new feelings in those areas.  Particularly on your forehead between your eyes, at the back of your heard and potentially in heart and throat.  Some of this may tie into the work of Tony Wright.

In Tony Wright’s book “Left in the Dark” (updated to Return To The Brain Of Eden) he proposes that our brains have become damaged over thousands of years of eating the incorrect diet.  He puts forward some fascinating ideas on how he believes the left side of our brain has become damaged but is at the same time dominant, leading to a lot of confusion and disharmony in our world.

Our inner genius lies in the right side of the brain.  To try to access this part of the brain, Tony has undergone sleep deprivation experiments to experience what life is like when the left-hand side falls asleep and the right side takes over.  The stories in the book are really interesting.

By returning to a fruit-based diet perhaps this can improve the situation.  It has yet to be tested what kind of impact the raw vegan diet has on the brain but many people attest to better emotional balance and greater mental clarity.

Spiritual Excuses Not To Go Raw

The more we look, we see spiritual teachers, gurus and religious leaders who are not raw and not vegan.  It would seem like not being vegan goes against the principle “Thou Shalt Not Kill” but this seems to be missed by many religions when it comes to the treatment of animals.

Not only are many of these leaders not vegan, but they are often not healthy at all.  Many are overweight and have suffered from all kinds of problems brought on by their diet, in the same way that most average people are.

You may have heard all kinds of excuses why a spiritual person does not need to eat a healthier diet.  Perhaps they don’t need to worry about the type of food they eat as long as they think positive thoughts about it.  Perhaps they believe that their earthly existence is not important and that they are unattached to it and unafraid of death. A little junk food won’t make a difference, at least that’s what they want to believe.

One of my teachers said the sugary snacks he ate were to help with his connection with spirit.  I heard of another teacher who claimed to have gotten overweight due to the amount of spiritual energy which he had to process which made his appetite insatiable.  My brother went to a buddhist teacher who claimed that his teacher had taken him to a McDonalds when he found out that he was vegetarian, in order to get rid of his “attachment”

Surely the only attachment in that scenario was the deadly addiction to junk food!

These just seem like excuses not to change diet to a healthier way of life.  Nothing is helped by eating less healthfully, everything is hindered.  We can be more of everything when we are healthier, including more spiritual if we want to be. 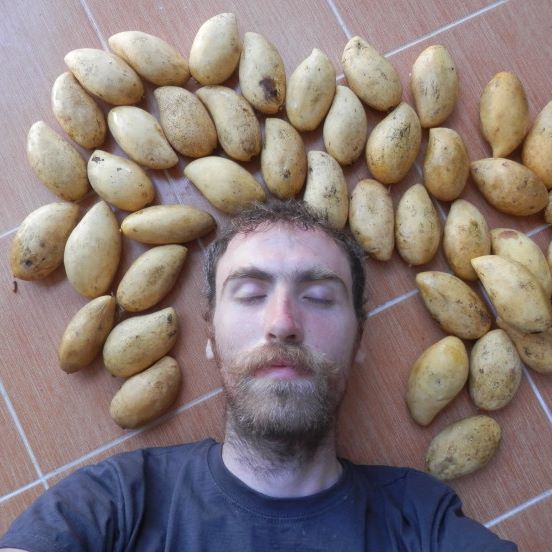 I have been interested in paranormal topics and spiritual experiences since I was a child.  I was attracted to books around these topics for many years and practised meditation from a young age.

Looking back, I realise that spiritual books often mention how the energies of food will affect the energy of the person.  Bestsellers like The Celestine Prophecy and The Way Of The Peaceful Warrior, mention these topics but also include characters who eat a raw food diet or own a raw restaurant.

Before I went raw I had wondered if food could affect your energy or your spiritual growth in some way.  I joined a meditation group at a spiritualist centre and they told me my diet might change if I stayed at the group.  I didn’t really think that would happen but I ended up going vegetarian as a result of being at that group.

Later on, when I heard about raw, I heard people talk about experiences of awakening, of random outbursts of joy and gratitude, and of incredible mental clarity.

I do feel that the raw diet has changed how my mind and brain function.  When I started off on raw for many weeks I would sit at my workplace and could feel something amazing happening in my head, as if my brain was upgrading to a new level.

I would go outside for lunch and when the sunshine hit me I felt an incredible wave of positive emotion and well being.  After eating large fruit meals I would feel a profound sense of gratitude.  I was feeling so amazing all the time I thought there was no need to do anything else to be happy but eat fruit! I developed a greater sense of a connection to nature and had a desire to climb trees, walk barefoot and live out in a forest somewhere in the sun.

This did not last forever, and these moments are rarer now than they were but they certainly make it worthwhile to experiment with the raw vegan diet.

In reality , I think the raw vegan diet made me more grounded and connected to the earth.  It is easy to get caught up in wanting to be spiritual and forgetting that we are a part of the earth and should embrace that experience.  I now see the raw vegan diet as the best platform to build and ensure your health for the future regardless of whether you wish to develop a spiritual life or not.

Thanks for reading, I’d love to hear your comments below.  Feel free to share with others. 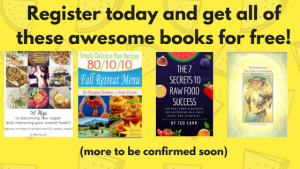